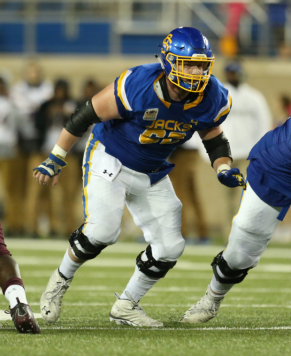 Ohnesorge, a senior from Waunakee, Wis. is a three-time All-Missouri Valley Football Conference honoree, earning first team honors in both his junior and senior seasons. Additionally, Ohnesorge excelled in the classroom being named to the MVFC Academic Honor Roll in 2013, 2014 and 2016. Jacob has started 53 consecutive games which ties a record for the South Dakota State University Jackrabbits and has already graduated with his degree in Mechanical Engineering.  After starting all four seasons, Ohnesorge was part of one of the best offenses in SDSU school history this year averaging 38.8 points per game.  Ohnesorge is the first Jackrabbit to ever receive the Rimington Award. 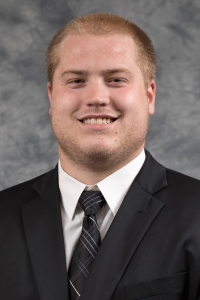 Taylor Nikithser of California University (Pa.) is the DII division winner of the Rimington Award. Nikithser, a senior from Wexford, Pa. was named second team All-American by the American Football Coaches Association (AFCA). Nikithser started all 12 games on the offensive line this season and finished his career with 35-consecutive starts. A two-year team captain, Nikithser earned All Pennsylvania State Athletic Conference West (PSAC) honors for the third-straight season as a senior, garnering first-team status in back-to-back years.

Academically, Taylor was a Division II Conference Commissioner’s Association (D2CCA) first-team all-region selection after receiving second-team honors from the organization as a junior. Nikithser will graduate with two degrees while earning consideration as a semifinalist for the William V. Campbell Trophy, PSAC Scholar-Athlete Awards and being selected as CoSIDA Second-Team Academic All-American last year. He joins Jack Abercrombie (2014) as the second Vulcan ever to receive the Rimington Award. 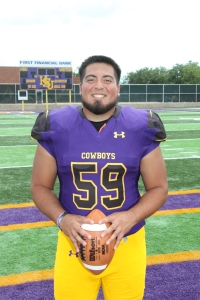 Rodriguez was also named “Offensive Lineman of the Year” by the ASC. Rodriguez was previously a two time honorable mention All-Conference selection in 2015 and 2016 while also being named academic all-ASC.  The Rimington Award for Rodriguez marks the second time a center from Hardin-Simmons has won the award joining Josh Knox from 2006. 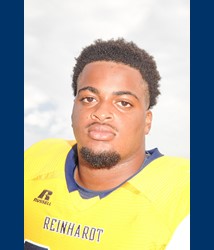 Xavier Carter of Reinhardt University (Ga.) is the recipient of the Rimington Award for the NAIA Division. Carter, a senior from Snellville, Ga., anchors an offensive line that will be playing in their first ever NAIA National Championship game in school history.

This year the Eagles have averaged 350.5 rushing yards per game to lead the NAIA Division while averaging 46.2 points per game. Carter was a two-time American Football Coaches Association All-American and has been name All Mid-South Conference three years in a row. The Rimington Award for Carter is the first time a Reinhardt University center has won the award.

The award winners are selected by Jason Dannelly, coordinator of the Rimington Award and longtime writer of college football in non-FBS divisions as part of the continued tradition of one of College Football’s most prestigious awards. Dannelly was the founder of the Victory Sports Network and is a member of the Football Writers Association.

The 2017 Rimington Trophy presentation banquet will be held January 13, 2017, at the Rococo Theatre in Lincoln, Neb.  The Rimington Trophy is presented annually to the Most Outstanding Center in all divisions of College Football. Billy Price of Ohio State University was this year’s winner of the Rimington Trophy.

About the Rimington Trophy

The Rimington Trophy is presented annually to the most outstanding center in NCAA Division I College Football. Since its inception, the seventeen-year old award has raised over $3.6 million for the Boomer Esiason Foundation, which is committed to finding a cure for cystic fibrosis and has raised over $130 million for the cystic fibrosis community.

Dave Rimington, the award’s namesake, was a consensus first-team All-America center at the University of Nebraska in 1981 and 1982, during which time he became the John Outland Trophy’s only two-time winner as the nation’s finest college interior lineman. For more on the Rimington Trophy and a list of past recipients, visit http://www.rimingtontrophy.com

The Rimington Trophy is a member of the National College Football Awards Association (NCFAA), which encompasses the most prestigious awards in college football. The 22 awards boast 742 years of tradition-selection excellence. Visit http://www.NCFAA.org to learn more about our story. 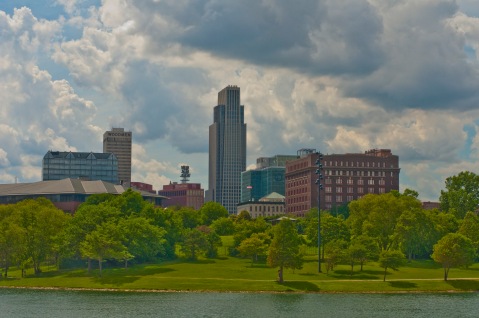 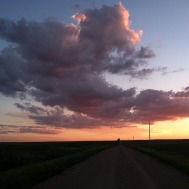 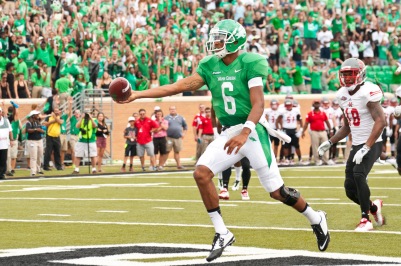 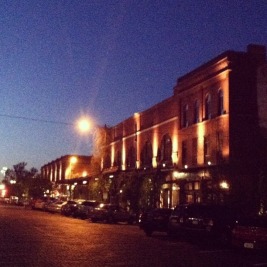