NEW YORK – The 2011 winners of the Rimington Award have been announced honoring the top centers in the FCS, DII, DIII and NAIA levels.

The award has been handed out every year since 2003 as part of the honoring of the top center in the country with the Rimington Trophy.

Southern Illinois center Bryan Boemer has been awarded the 2011 Rimington Award, given to the top center in the FCS. Boemer is the first Saluki to be honored with the Rimington Award.

Boemer has been named a first-team All-American by the College Sporting News and the American Football Coaches Association, and he earned second-team All-America honors from the Associated Press. He is a three-time All-Conference offensive lineman. In 2011, he posted a 93 percent blocking percentage and didn’t allow a sack. He led an offensive line that blocked for seven 200-yard rushing games and averaged 183 yards per game on the ground.

Matt Webber of Abilene Christian is the winner of the DII Rimington Award. Webber was named to the Lone Star Conference All Conference team as well as earning DII All American honors. Webber was also a Football Gazette All American.

Webber and ACU finished 2011 with an 8-3 record. Offensively ACU average 508 yards per game averaging 159.1 yards rushing per game. Webber was the first winner of the Rimington Award for ACU.

One of the most decorated offensive linemen in Delta State history…Started in all 29 games of his career at DSU…Graded at 90 percent for his career with 261 konckdown blocks. First ever winner of the prestigious Rimington Award, given to the top center in NCAA DII. Named to All-GSC First Team and named to the All-South Region First Team by Daktronics and The Football Gazette. He was an AP, Daktronics and Football Gazette First Team All-American selection. Played in 14 games for the Statesmen with 14 starts as a senior.
DIII Brett Ekken
University of Mount Union

University of Mount Union senior Bretts Ekken (Kentwood, Mich./East Kentwood) has been selected as the 2011 Rimington Award winner given to the top center in NCAA Division III.

Ekkens is the first Purple Raider to ever win the award.He started 25 straight games on the offensive line and is a two-time All-OAC selection that has also has been an All-American, All-North Region and Academic All-OAC selection.  Ekkens was also one of only 10 Academic All-American first team selections in school history and was part of the Raider Buddy program that has football players metoring youth at local elementary schools. He helped lead the Raiders to their 20th consecutive Ohio Athletic Conference championship and seventh straight appearance in the NCAA Division III National Championship game — the Stagg Bowl.

Kyle Pettit, Faimouth, Ky., of Georgetown College earned the Rimington Award at the NAIA level. Pettit was an NAIA All-American and an All Mid-South Conference player for the Tigers.

Dave Rimington, the award’s namesake, was a consensus first-team All-America center at the University of Nebraska in 1981 and 1982, during which time he became the John Outland Trophy’s only double winner as the nation’s finest college interior lineman. 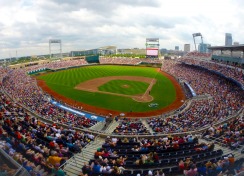 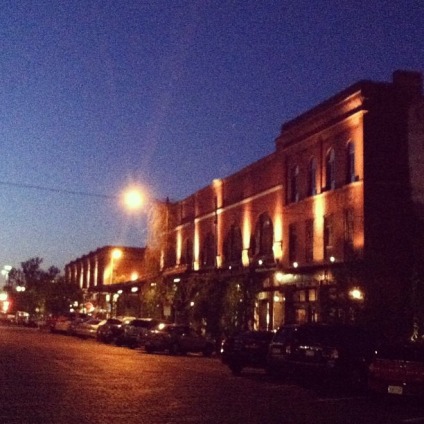