MANHATTAN – The Kansas State Wildcats knocked off No. 25 Oklahoma, 72-66, for their third win of the season against a Top 25 opponent. The win also marks the fifth straight season that the Wildcats have accomplished that feat, the longest in program history.

“When you win a game and you don’t play your best, you have to be happy,” said coach Bruce Weber. “We got enough rebounds when it counted, but (Ryan) Spangler had his way with us.”

The Wildcats (13-4, 3-1 Big 12) were led by Marcus Foster’s 18 points while Shane Southwell had 16. However, the name of the game down the stretch was rebounding as K-State not only out rebounded Oklahoma 42-38 overall, but grabbed 12 of the final 14 rebounds in the game. K-State’s dominance on the boards down the stretch contributed to a 16-4 run that led to the victory.

The Wildcats found themselves with the early momentum as they jumped out to a quick 4-0 lead off of a layup by Marcus Foster before OU would get on the board with a three-pointer at the 17:55 mark of the game.

OU would make a run at the end of the half to take the lead with 1:58 left off of a pair of free throws by Spangler. But there was no quit in the ‘Cats as Will Spradling would be fouled on a three point attempt and make all three free throws before half to give the advantage back to K-State, 39-38.

K-State remained in control of the lead in the second half until Spangler would get loose for a layup with 9:04 left to play and give the Sooners a 53-52 advantage. OU would extend their lead to 62-56 off of a pair of Spangler free throws with 5:37 remaining for their biggest lead of the second half.

The Wildcats then shifted gears and made their pivotal 16-4 run over the remaining five minutes of the game. A three by Marcus Foster with 2:23 left gave the lead to the Wildcats for good as they went up 66-63 as the final six points would all come from the charity stripe to secure the K-State victory. For the game the Wildcats shot 19-28 from the line including a 6-8 performance in the final 45 seconds.

Kansas State will host West Virginia at Bramlage Coliseum on Saturday in Big 12 play. Tip off is set for 12:30 p.m. 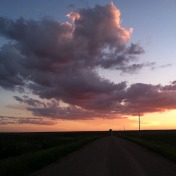